inverters – what do they do?

The majority of your belongings use AC electrical current.

Essentially, your inverter changes the form of the electricity from one to the other.

Now. In solar, this can happen on two levels.

A string inverter is a device located within your system, usually by your panel. Simply put, it is where all of the electricity in your system flows to. The DC (Direct Current) is then changed into AC (Alternating Current) and sent into your house, for you to use.

A microinverter is a device located at the solar panel itself. In this system, every panel will have one. It converts the electrical current of each one individually, then sends it down the line, ready for use.

let’s take a closer look at their differences

This was the original technology that has been around for decades. With a string inverter system, your panels will need to be unshaded and evenly exposed to the sun. This ensures the maximum production out of your system.

One considerable drawback to this system is that when one panel goes down, they all go down. Not only that, the system works to the weakest link. If one panel is producing less energy, then it caps the entire system’s usable energy at that low wattage.

These are also harder to expand upon at a later date than a microinverter system.

They are cheaper, however, and still have their positives.

Because the whole system will go down when one panel does, you’ll know when there’s a problem to fix.

These inverters can either be built into your panels or be attached to them. They convert the power at the source, then send it through for you to use. As each panel has its own inverter, shaded panels won’t affect your overall system production.

Microinverters can also relay specifics down to a monitoring station. This will enable you to check your electricity production on each panel, and to see if there are issues that need addressing.

This system is more future proof than their counterpart as they can easily be expanded upon. This is a result of being independent of each other.

They do cost more, though they are rapidly gaining popularity. This will see prices decreasing in the next few years.

then there are power optimizers

These devices are fitted to a string inverter system at the panel level. Each panel will get an optimizer, which will ‘condition’ the DC before sending it to the inverter. This buffers the lack of production from shaded panels, for the entire system.

These, therefore, make for a more efficient system than a string inverter alone. They also come in cheaper than a microinverter system.

Think of it as a middle ground.

Both string inverters and microinverters do the same thing. They transform the energy from your panels into usable energy. The difference in benefit is determined by their application.

If you have a sunny untreed location, with plenty of south facing roof space, a string inverter may be a good option. Just make sure you size the system with the future in mind as adding panels later is harder to do.

Conversely, say you have some shade on your rooftop or you need to utilize multiple facing roof pitches. Look into a microinverter or an optimized string inverter system. These will be your best options. 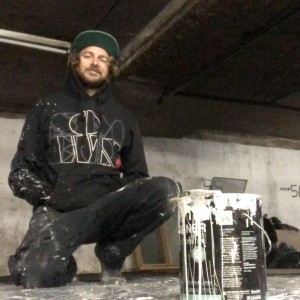 Hey folks, I'm mj. I live in a gorgeous inland temperate rainforest in BC, where i get to enjoy countless facets of nature on the daily. This setting allows me to play in the outdoors in every season with my beautiful family. I'm on a mission to play a role in helping preserve our natural world, so that our collective progeny may also enjoy it for years to come.
Prevpast
futureNext
Facebook Youtube Instagram Pinterest
Menu
Menu